An Expanding Community since mid-1800s

It may come as a surprise that while the Italian community in Singapore has become more visible during the last 20 years with the enormous proliferation of restaurants and companies, Italians have really been present in this port-city since the mid-1800s, and have even left their mark in some of the place names as well. 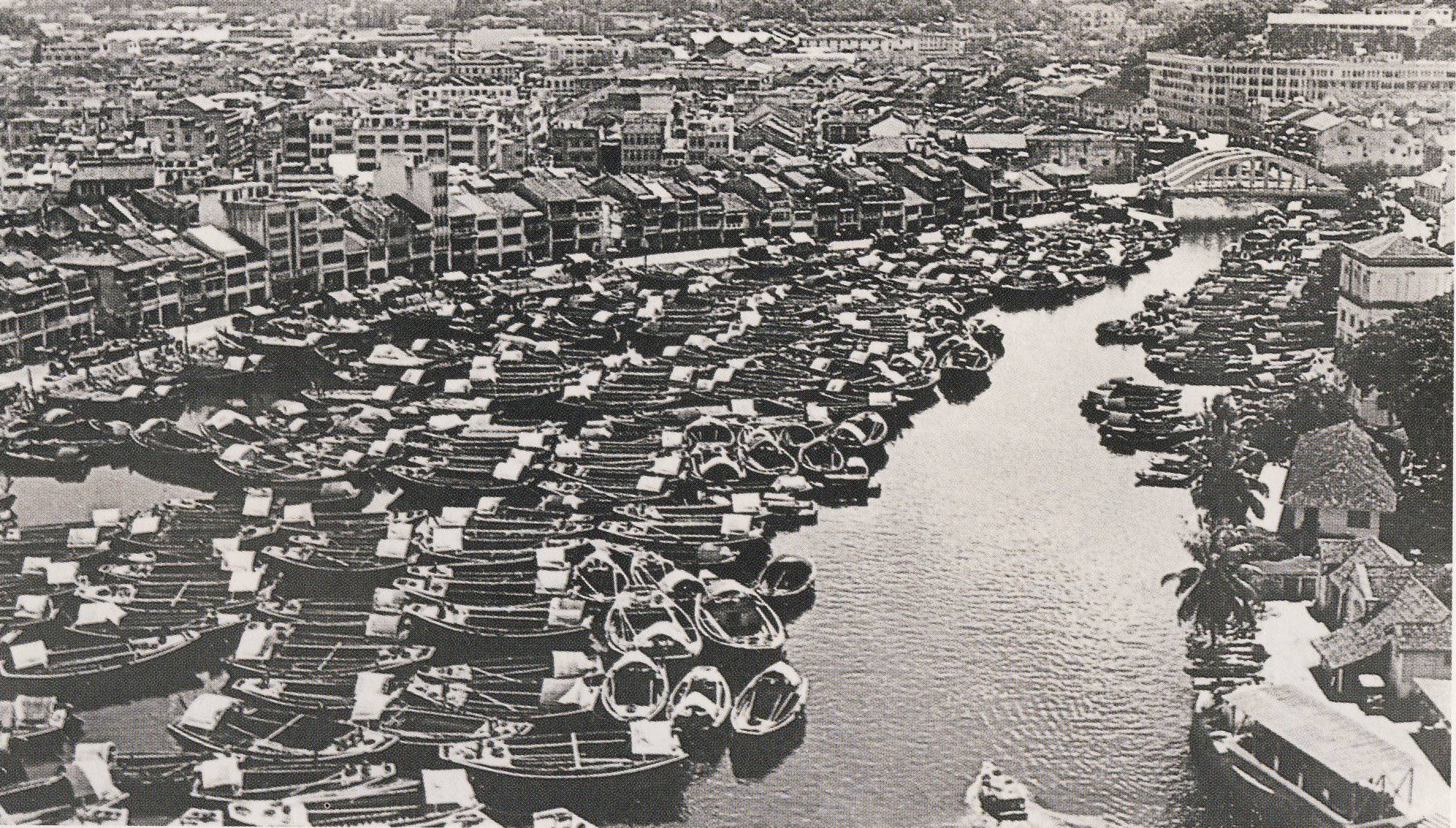 Buona Vista seems to be an obvious candidate for some place of Italian origin, though at this point in time we really do not know how this name came about. On the other hand, we do have documentary proof of Italian influence in one area in the extreme north of the island. Way back in 1864 a certain Mr Giovanni Edoardo Leveson built a house there and gave it a name that would eventually become that of an entire town now there – Woodlands.

The Queen Victoria has been please to approve Mr Giovanni Edoardo Leveson as Consul at Singapore for His Majesty the King of Italy. This is reported on The Edinburgh Gazette, February 14, 1865. 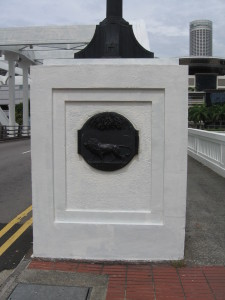 Indications of a small but thriving Italian community are found in some of the newspaper articles of the time — a mention of an opera company in 1883, a major reception held in a River Valley estate in 1896, court proceedings. Being a thriving port, Singapore attracted considerable numbers of people from the mercantile and shipping related trades, some of whom included those from the major port of Genoa.

There was a Mr. Giovanni Gaggino, who established a successful shipping business in 1874 which flourished until his death in 1918, to be continued by other Italians and their descendents. Mr. Giovanni Gaggino published the Italian and Malay dictionary, preceded by a practical manual of conversation: to serve as an interpreter for the traveller who visits and traffics with Malaysia – Singapore, Denodaya Printing House, 1884. 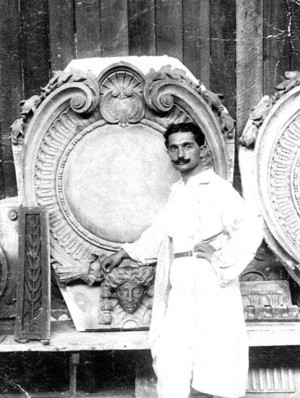 Perhaps the most well-known of the Italians who lived in Singapore is sculptor Rodolfo Nolli, who worked in Singapore in the early decades of the 20th century, leaving his mark on some of Singapore most notable buildings, among them the Fullerton Building, the Elgin Bridge, the Tanjong Pagar Railway Station, and the Old Supreme Court, which shall now be reincarnated as the National Gallery. Nolli retired in 1956 and returned to Italy where he passed away in 1963.

In Singapore Nolli designed the marble decorations of the College of Medicine Building, Singapore (completed 1926) and of the Old Supreme Court Building (completed 1939). Nolli had also designed the cast iron lamps and lion reliefs of the Elgin Bridge spanning the Singapore river (completed 1929) and the allegorical marble bas-relief figures of Agriculture, Commerce, Transport, and Industry, at the entrance hall of the Tanjong Pagar railway station (1932).

In 1950 he created two iconic crests for Gan Eng Seng School at 155 Waterloo Street, which were lost when the school moved to Raeburn Park in 1986. He had formerly crafted similar decorations for the Fullerton Building built in 1924-28. He also created a pair of lions for the Bank of China Building, Singapore (1952), and for the Merdeka Bridge (1954).

The most imposing characteristic of the old Supreme Court building are its Corinthian and Ionic columns, as well as the tympanum sculpture on the pediment. These were the work of Cavalieri Rudolfo Nolli, a Milanese sculptor. 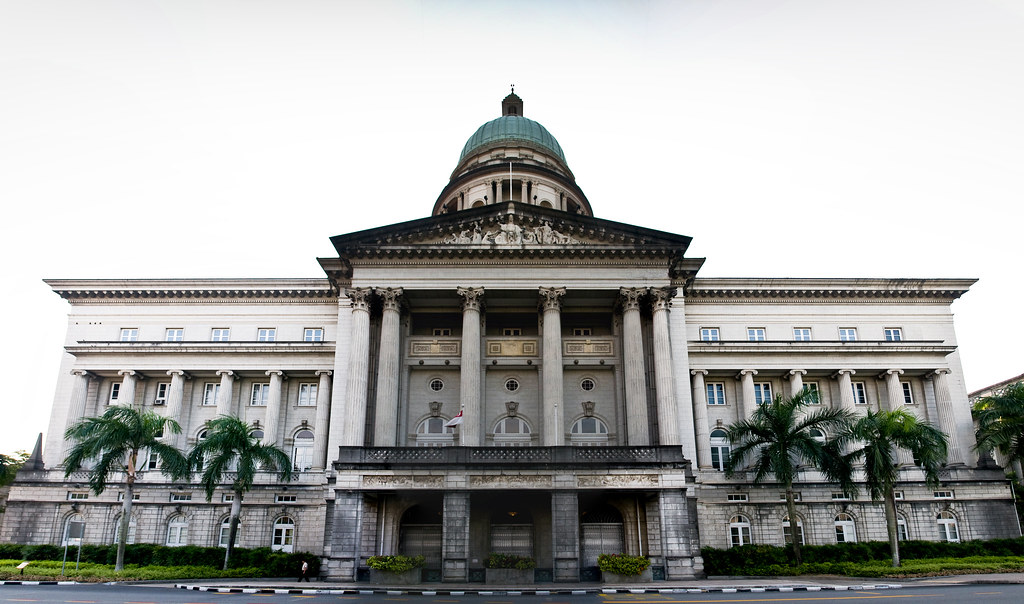 The old Supreme Court’s sculptures, which took Cavaliere Nolli more than a year to complete, are as interesting as they are impressive. Its centrepiece is Lady Justice, which alone weighs 4 tons. Quite noticeably missing is the blindfold, an attribute thought to be central to the depictions of Justice representing impartiality.

There has been many suggestions as to why this may be so, but Justice’s depiction in this manner is actually quite consistent with many classical representations through history, which Cavaliere Nolli would have drawn inspiration from. A beautifully executed example of this is Luca Giordano’s 1680s Allegory of Justice. The blindfold, the use of which was apparently popularised in the 16th century, is also missing from several well-known depictions of Lady Justice, such as in the Old Bailey.

Two other attributes of Lady Justice, a pair of scales and a sword turned downwards, are in plain sight. The scales, weighing evidence, are positioned well above the sword delivering punishment; the symbolism of this being that evidence and court takes precedence above punishment in the administration of justice.

As with many classical representations, deceit, discord and strife is counterbalanced by the order and security that the administration of the law achieves. Deceit, represented by the the two-headed snake, is seen biting a man far to Justice’s right. Legislators and the bent figure of a supplicant, begging for mercy, are also depicted and represent the administration of justice. The fruits of order and security – abundance and prosperity – can be seen in the bull and a farmer leading a rich harvest of wheat on Justice’s left.

This website uses cookies to improve your experience while you navigate through the website. Out of these cookies, the cookies that are categorized as necessary are stored on your browser as they are essential for the working of basic functionalities of the website. We also use third-party cookies that help us analyze and understand how you use this website. These cookies will be stored in your browser only with your consent. You also have the option to opt-out of these cookies. But opting out of some of these cookies may have an effect on your browsing experience.
Necessary Always Enabled
Necessary cookies are absolutely essential for the website to function properly. This category only includes cookies that ensures basic functionalities and security features of the website. These cookies do not store any personal information.
Non-necessary
Any cookies that may not be particularly necessary for the website to function and is used specifically to collect user personal data via analytics, ads, other embedded contents are termed as non-necessary cookies. It is mandatory to procure user consent prior to running these cookies on your website.
SAVE & ACCEPT